We Are Committed to Leading and Guiding the Organization 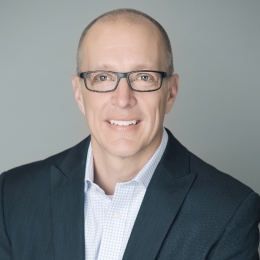 Chad Moller is CEO of FCCS, where he works closely with the board of directors to define and implement the organization’s strategic and business direction.

Prior to being named CEO, Chad served as interim CEO during the organization’s leadership search, and also as COO and CFO since 2012. In these roles, Chad provided FCCS with financial and operations leadership, including all accounting, financial management, forecasting, annual budgeting, long-range planning, treasury cash management, and internal controls & audit. Chad also oversaw all legal, IT, human resources, and administrative functions for the organization. During his tenure in these roles, FCCS increased profitability and significantly increased the net equity value of the firm, consistently obtaining some of the highest operating income levels in the company’s history.

A 25-year finance veteran, Chad came to FCCS from Comcast, where he served as the Vice President of Finance for the company’s $11 billion West Division operation, responsible for the organization’s financial planning and analysis and management reporting functions. Prior to that, he held progressive positions with early-stage telecommunications companies, participating in capitalization initiatives, including M&A due diligence, IPOs, debt financing, and general business planning.

“Good leadership requires a balance between collaboration and decisiveness while motivating a team toward excellence in delivering on your values for your clients,” says Chad.

Chad earned a bachelor’s degree in business administration from Dakota Wesleyan University and holds a Certificate in telecommunications from the University of Denver. He has also been accepted into, and is currently participating in, Harvard Business School’s Certificate of Management Excellence program.

Sign Up for Our Newsletter for the Latest Articles, Insights & Events